In the early months of the Great War people were convinced it would all be over by Christmas.

As we know, it wasn’t. There are popular stories around the Christmas Truce of 1914, and the football game that took place. These showed the human face of the conflict. The opposing armies were close enough to talk, hear carols sung, smell the rations cooking. They were sharing the same terrible conditions, with flooded trenches and then a hard frost in December.
We don’t have any diaries or letters describing these well known events, but we do have lots of family photographs illustrating a Great War Christmas.

Some are specially produced cards from the military hospital at Whalley in Lancashire. 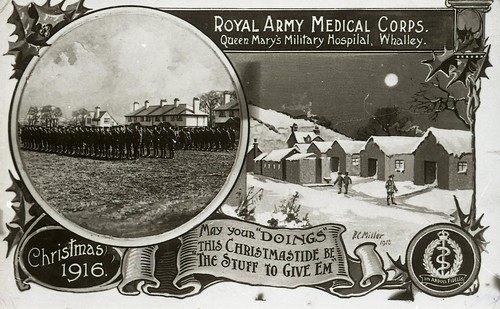 There are sentimental cards to send home to your sweetheart. 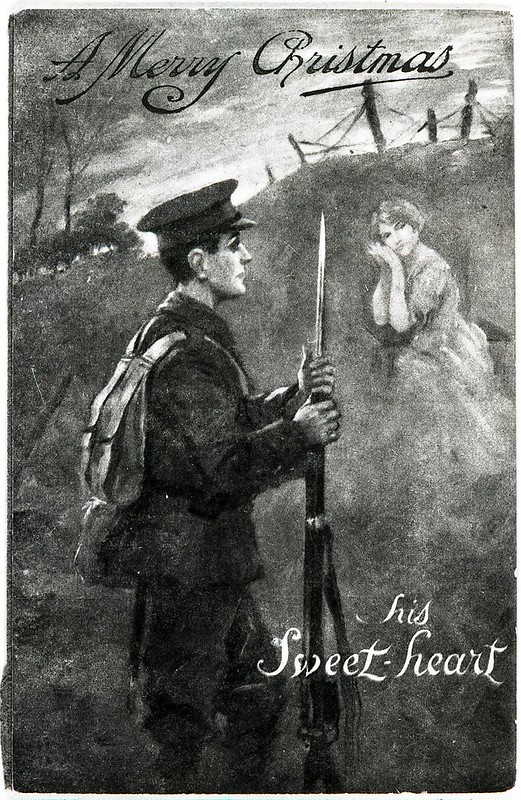 And there’s this amazing image of a very special group of snowmen and possibly a snow dog. Note the pickelhaube style helmet! 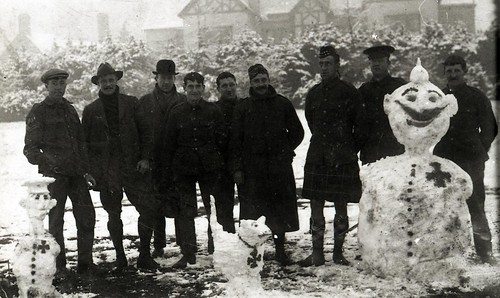