An account taken from the record book of The Manchester Regiment 12th (Service) Battalion in France and Flanders. Blog written by Jane Williams.

The 12th (Service) Battalion was formed in 1914 at Ashton-Under-Lyne, its first billets being the Skating Rink. Throughout the war the Battalion was involved in a number of battles including, The Somme, The Battle of Arras, Passchendaele, Thiepval Ridge and The Last Battle: Futoy and Beaufort. Archivesplus hold the Battalion record book; a great resource for family history research or general war research. 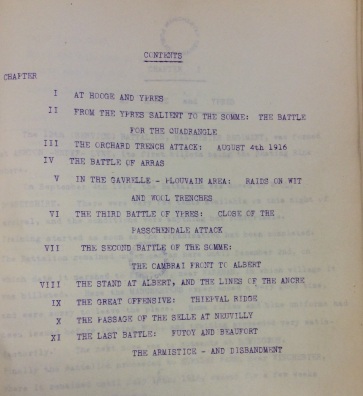 Toward the end of 1917 the battalion was ‘detailed for work in connection with the close of the Passchendaele attack’. The following is a transcript of the record book detailing what was to be a fierce battle taking place day and night.

‘The Battalion relieved the the 6th Northumberland Fusiliers in the front line on the 9th (November)… There was heavy artillery fire by the enemy during the night in the vicinity of Tranquille Farm. One shell accounted for practically the whole of “C” Company, H.Q. and company officers…

Shortly after midnight 9th/10th a heavy barrage was put down by the enemy in the vicinity of Gravel Farm, and No. 9 Platoon of “C” Company holding the farm was rushed by the enemy and wiped out, and the farm was captured. No. 12 Platoon under 544 Sergt. Chatterton counter attacked but failed to retake the position. Our artillery became active. There was heavy enemy shelling during the day. Verey lights were thrown up at intervals, whereupon the enemy opened with all his guns. Enemy aircraft too, were active over our lines during the day. A further attempt to retake Gravel Farm was made at night. Two platoons from “A” and “D” companies were selected for this purpose. Four Lewis guns were also taken up to stiffen the fire of “C” Company, nearly all of whose rifles were useless, owing to the water logged ground and mud having choked up the barrels and mechanism.

The zero hour was midnight.

At 11pm as the Lt. Col. T. W. Bullock, was superintending the placing of the men for the attack the barrage opened up by mistake, before the men were ready…but the enemy were on the alert and opened up with their machine guns…the attempt had to be abandoned.

Hostile aircraft were very active during the following day, firing with machine guns at small working parties of the Manchesters. There was also much shelling by both sides…

On the 12th the enemy dropped a large number of gas shells and heavies around Eagle Trench, between 3am and 4pm. Enemy aircraft, mostly of the Albatross type, were constantly over the lines during the day.

The Battalion was relieved at night by units of the 50th Brigade, and moved to Boeshinghe Station, where it entrained for International Corner, marching thence to Dragon Camp. Here a number of cases of trench feet developed, in consequence of the appalling conditions under which the troops had been living in the water-logged ground of the line.’

The Battalion found themselves back and forth to the front line for the remainder of 1917. They battled on through gas attacks, frost and snow. The snow was six inches deep on Boxing Day. As the war continued on into 1918 the Manchesters continued to fight on the front line.