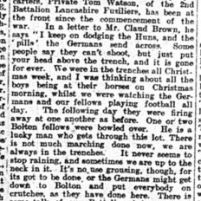 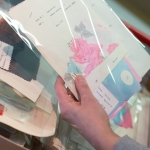 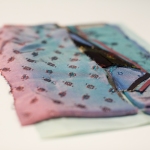 It is not known when Thomas Robinson & Co. was founded, but the earliest known record is a wage book from 1907.  It was a branch of the Bradford Dyers’ Association (BDA) which had been founded in 1898 to standardise prices and wage levels.  Despite the takeover of the Bradford Dyers’ Association by Viyella in 1964, and the subsequent closure of many factories, the company remained active as part of larger organisations until it was sold to the German firm ITP Fabrics in 1998.  Robinson’s occupied the Hope Works on Bolton Road in Ramsbottom.