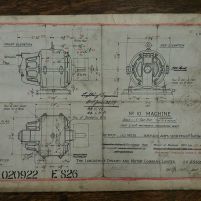 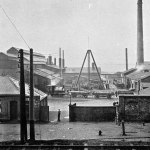 Walker Brothers was a major heavy engineering business in the Wigan area. At their peak they employed hundreds of people at their Pagefield Ironworks and designed and manufactured machinery that was sent around the world, from the Peruvian Railways, to South African mines. Walker Brothers supplied mining ventilation equipment to pits throughout the British Isles, and turned this expertise to good use in a commission for the ventilation fans for the new Queensway Tunnel under the River Mersey in the 1930s, at the time the longest underwater tunnel in the world.

The company was founded in 1866 and quickly developed an expertise for bespoke engineering design and production. As well as mining and ventilation machinery, the company produced commercial vehicles under the Pagefield name, including lorries, cranes, buses and trucks. Local transport corporations throughout the north-west of England and beyond, commissioned buses and other vehicles from Walker Brothers, including Liverpool and Wigan Corporations. In 1900 Mitchell and Kenyon filmed the employees at the Pagefield Ironworks and this wonderful film is held by the British Film Institute. The firm continued to operate in Wigan after the second world war after it was sold to the Walmsley family, moving increasingly into machinery for paper production.